The present building was certainly preceded by a building of wattle & daub (as uncovered during previous renovations), the exact date is still unknown but we do know that stone buildings started to appear in Mellor from around 1680 and The Oddfellows is one of the oldest buildings in the village, the windows in the lower two storeys would indicate the date of build to be the early/mid 1700s however it is also likely that these windows were ‘modern’ replacements for earlier windows, so......therefore built somewhere between 1680 and 1750. 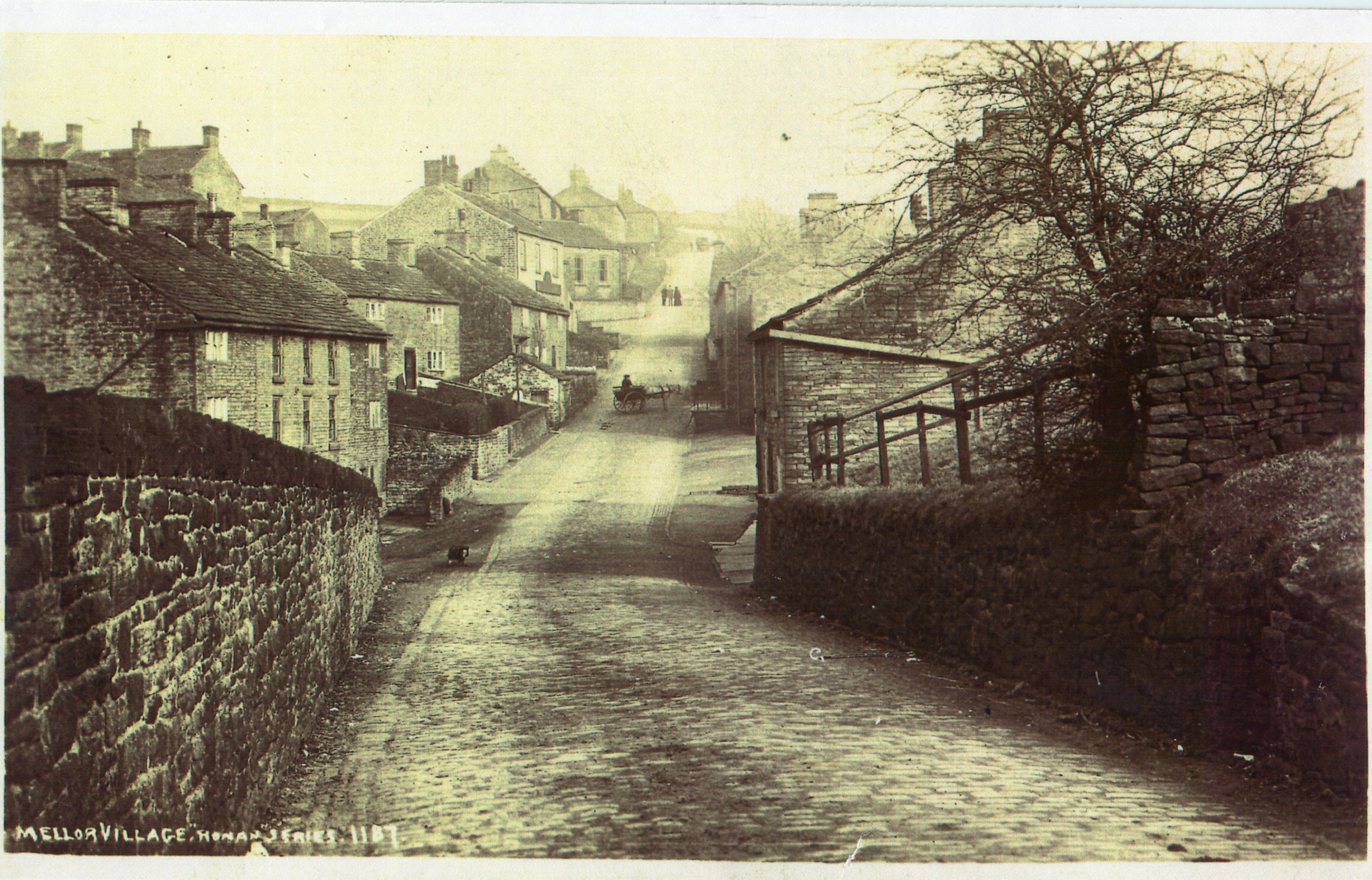 The first recorded landlord was Thomas Hand in 1803, when the pub was known as The Angel, and still only had two storeys; Thomas was also the village shoemaker! The road in front was given turnpike status in the Parliamentary act of 1792, originally being one of the ancient tracks up the valley to the common land. As the main track between Marple Bridge and Hayfield and with the many mills that operated in Mellor at the time this would have been a busy thoroughfare.By 1820 the pub name had changed to The Duke of Wellington, in 1832 Abraham Heap became landlord and that summer the Loyal Convenience Lodge of Oddfellows were formed and held their first meeting at the pub on the 1st September 1832. The following year the Duke of Wellington had an extra floor added as a lodge room and was re-named The Oddfellows Arms. There was a dinner to celebrate the first anniversary of the lodge and this event is shown in the accounts book; “45 dinners at 1s.3d, 5 dinners to women at 6d.”   The Lodge had 59 members in 1838 and had made such progress that the accounts showed a credit balance of £116. Sick benefit was paid at 10s a week. For the history of the pub the association with the Oddfellows Lodge was fairly short lived because by 1851 the Oddfellows Society had bought the Devonshire Arms, a short way down the lane and after a disagreement with Mr Heap they moved their meetings there! 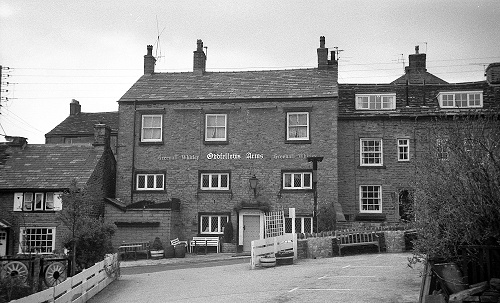 Records also show that the pub was sold to Edward Birch in 1884 for £600 plus £5 rent per year, the sale particulars record; “messuage with outbuildings at Moor End, Mellor in the county of Derby, called by the sign of The Oddfellows Arms, with a stable or coach house adjacent thereto” (message; dwelling with land and outbuildings, the stable/coach house is still here, behind the pub adjoining the old Sunday school). In 1886 the pub was sold to brewers in Salford; Arthur William Whitnall and William Grimble Groves (Groves and Whitnall). Alterations carried by Groves and Whitnall in 1938 uncovered the previously mentioned wattle & daub wall section to the rear of the pub along with a bricked up doorway leading into the hillside, the mystery of which has been buried (for the time being!), unsure of the exact location there is a partly exposed ‘bricked up’ doorway visible as you ascend the steps to the side of the pub today? It is also interesting to note that a well existed in the corner of what was the beer cellar and is today the wine cellar to the right of the bar.In 1926 an association started with the Oddies that exists to this day; Harry Marsland took over as landlord, by 1938 not being in the best of health , Ada Parker arrived in the village with her young daughter; Grace to become housekeeper. When Harry became bedridden Ada ran the pub eventually taking over the license when he died, Grace, in turn took over when Ada retired and remained the landlady until her retirement in 1989. After which she lived in the cottage opposite, which is today still owned by Graces’ daughter; Christine who along with her husband, Patrick are amongst the firmest of regulars in the Oddies. After Graces’ retirement the pub was sold by auction to Texas Metals and was managed by a number of tenants until in 1995 Robert Cloughley bought the Oddies and established the pub as a firm favourite for the discerning diner, in 2005 He sold the pub and within a few years it was in the hands of Enterprise Inns.Gladly the story has a happy ending! In 2011 the Oddies was snatched from the clutches of pubco and hopefully you will agree it has been restored it to its former glory, both in terms of the structure and beer, wine and the food offering?

Online bookings through Bookatable by Michelin

Book a Table
SIGN UP TO OUR Newsletter
Sign up to receive updates including offers, new menus and upcoming events.
Thank you! Your submission has been received!
Oops! Something went wrong while submitting the form.